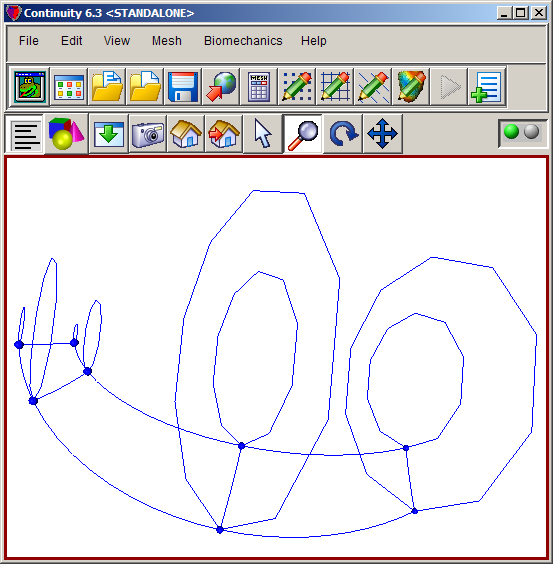 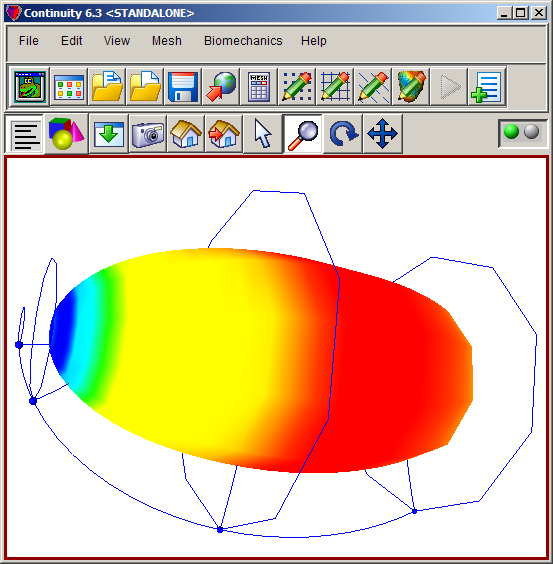 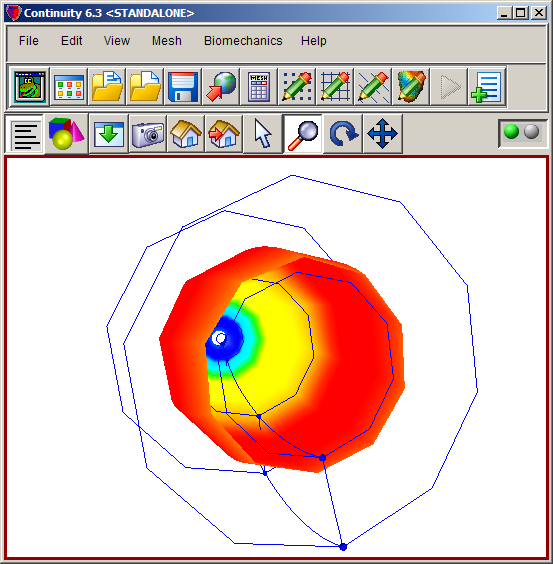 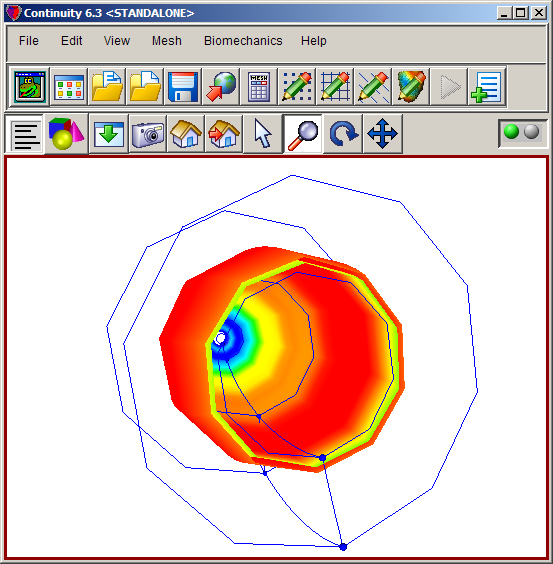 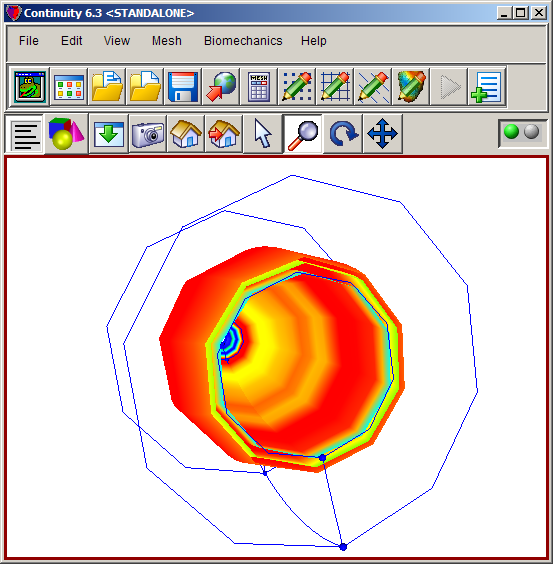 This cont6 file you used above for this problem already contains all data and parameters, right up to the biomechanics solve.

The script included with Continuity, found at pcty/examples/biomechanics01/animateHilltype.py, will run the above simulation and then animated the changes in pressure. The script can be run from within Continuity by selecting it from: File→Scripts→Read Script